Heads up! a brief history. 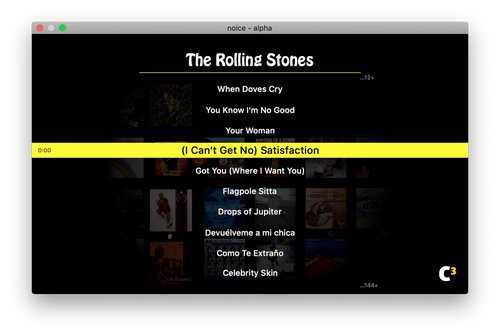 Just a small update… and a huge f-up.

I've added a little count indicator for each column that lets you know how many songs there are scrolling up or down. Well it's not a total count because it only tells you how many songs are beyond the screen.

Also there is a hidden Play History menu. Well, almost all features are hidden but this one is really hidden. To access the history menu, press "-" on the keyboard while on the Song Select Menu. A list of songs will pop up in the order they were played starting from the most recent. The songs on the list do not repeat - meaning if you play "song1", "song2" then "song1" again, "song1" will only show up once. You can select a song to play from this list.

Lastly, I messed up the code signature yet again. I copied the app from a cloud folder which causes Catalina to immediately mark the app as dangerous and then I reported to apple which causes all distributed copies to be marked as dangerous.